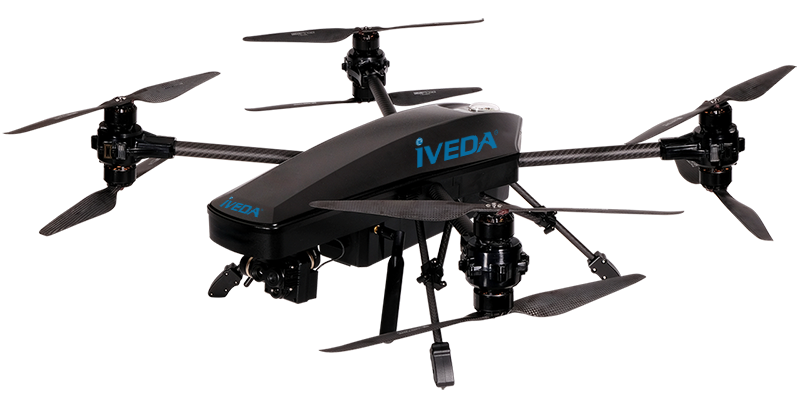 Drones are aircrafts and as the name UAV implies, they are flown to perform certain functions from an aerial view without the need for a pilot onboard. UAVs utilize AI-based software for autonomous operation and navigation from taking off, returning to base, carrying out mission-critical tasks or simply doing an aerial patrol, without the need of human intervention. Unlike typical drones, Iveda Smart Drones are cloud-based and can be part of a network of drones for central management. They are equipped with Iveda’s Sentir Video Surveillance System and IvedaAI Intelligent Video Search Technology.

Iveda Smart Drone product offering is robust and expansive for a multitude of industrial, commercial, and military applications. 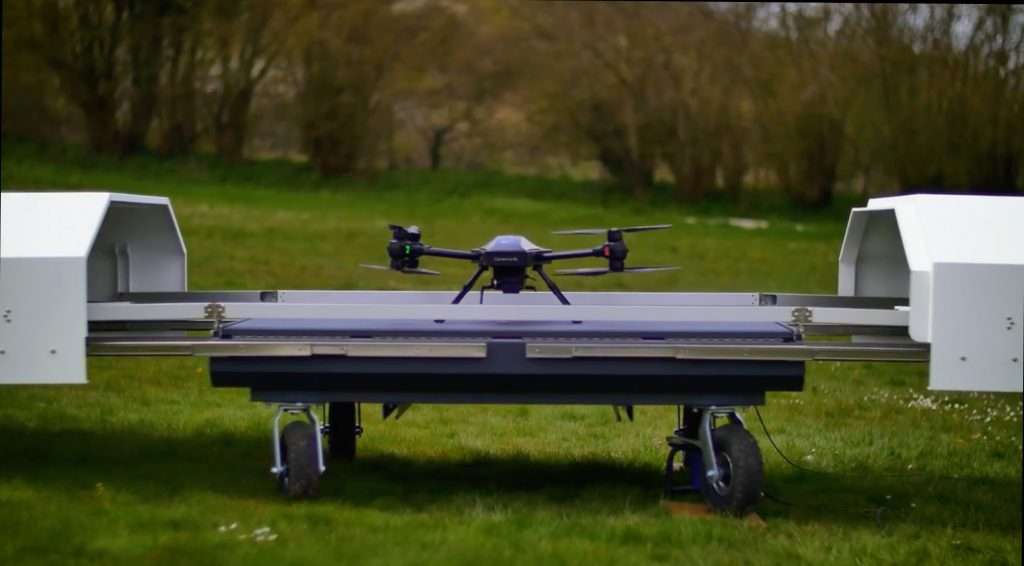 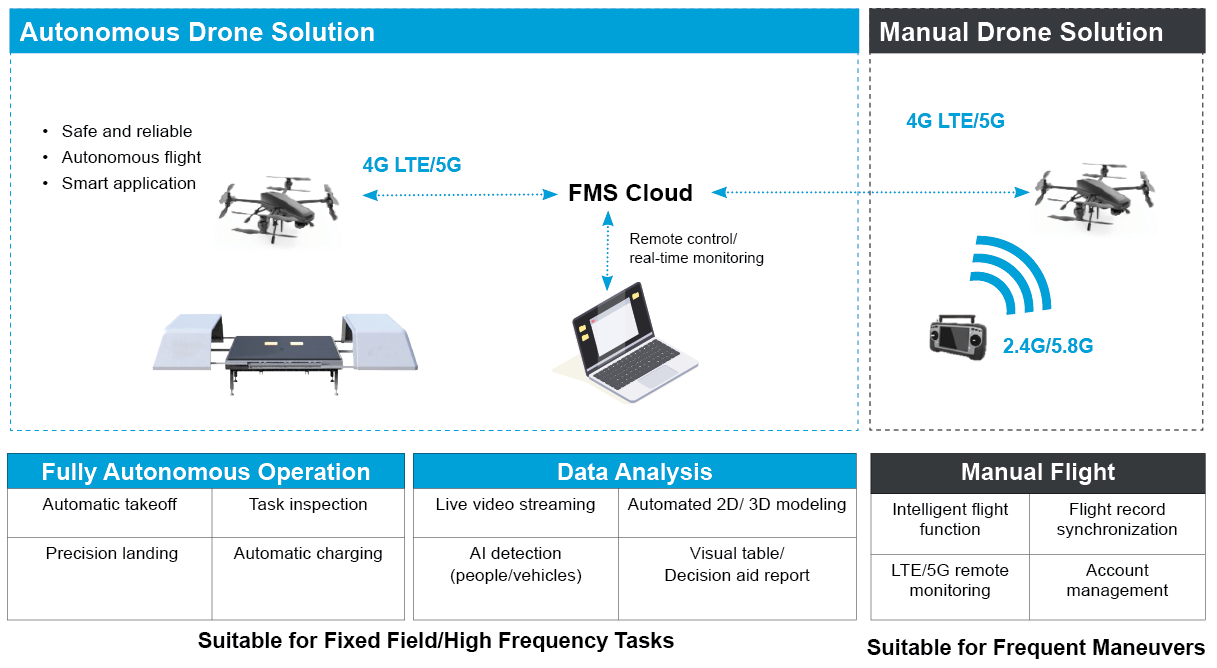 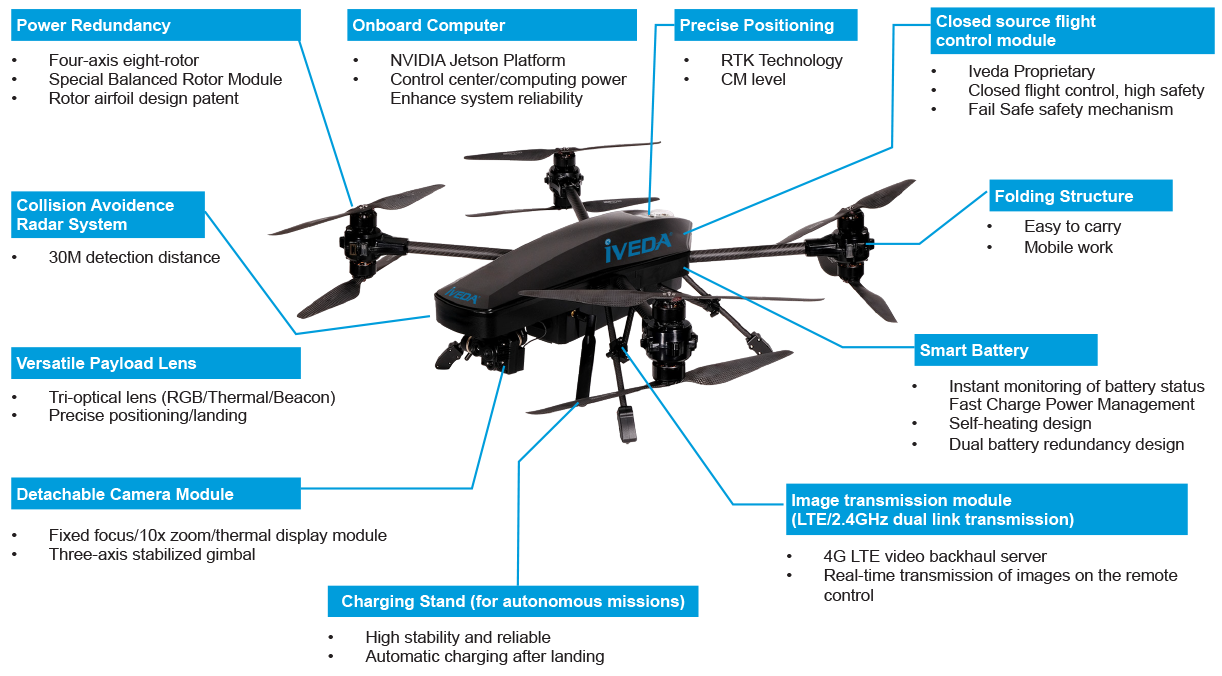 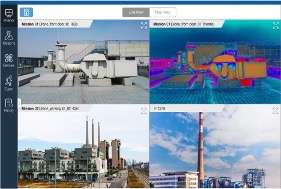 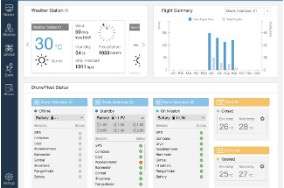 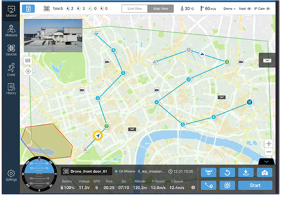 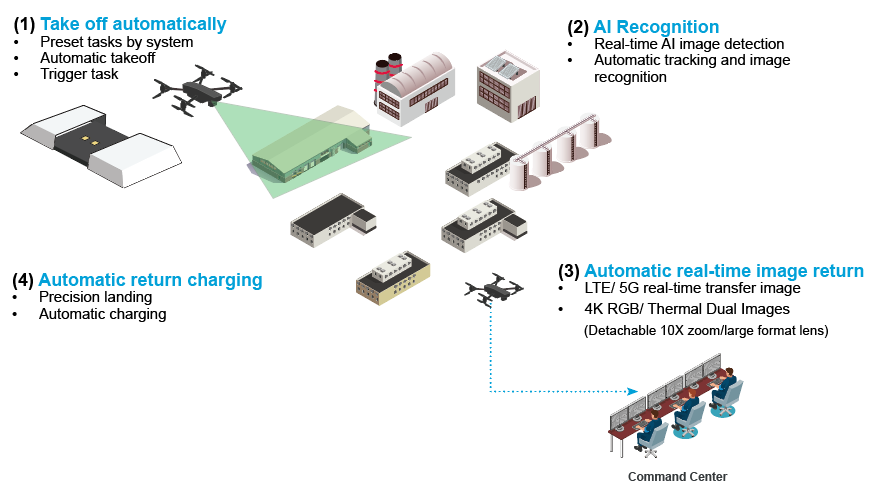 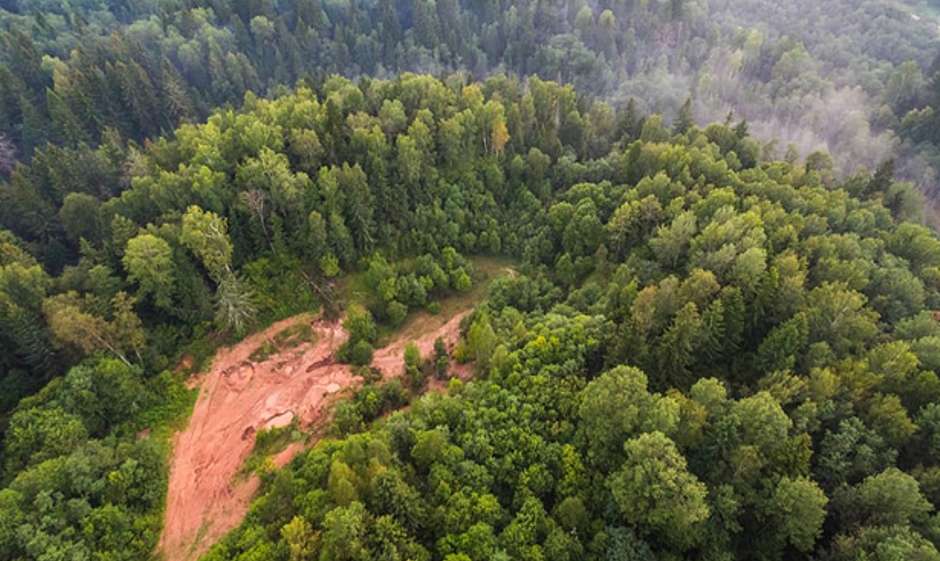