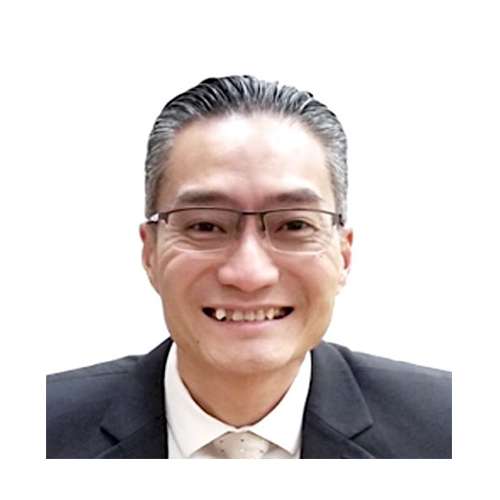 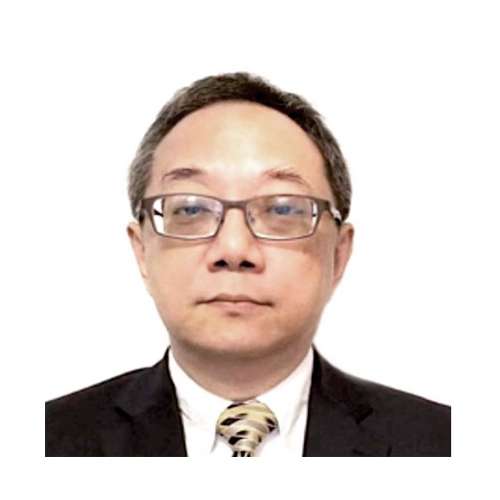 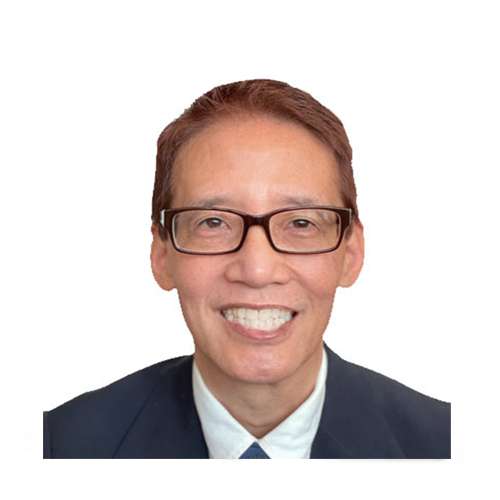 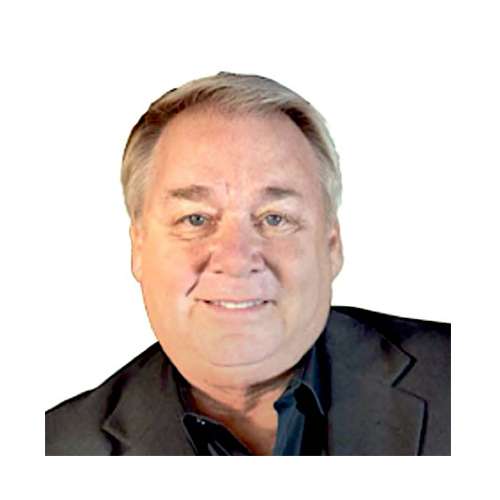 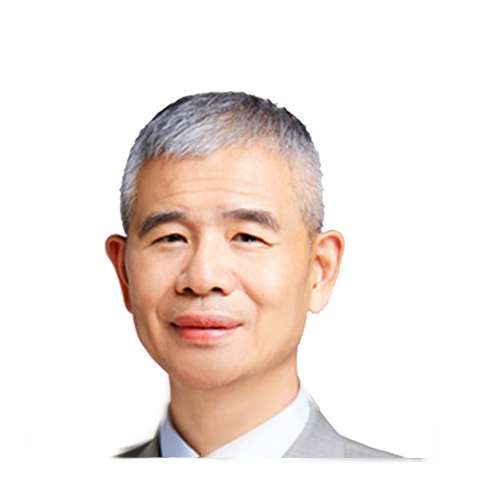 VP of Product Design and Engineering 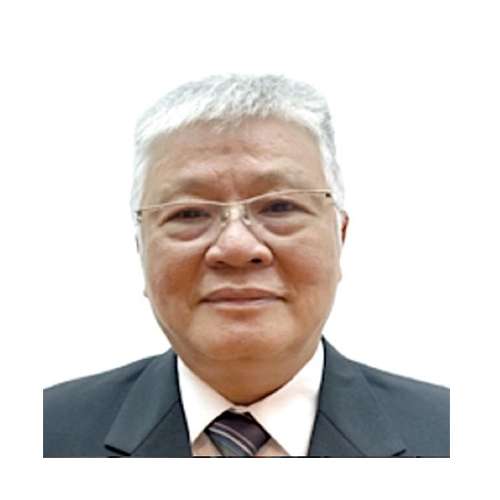 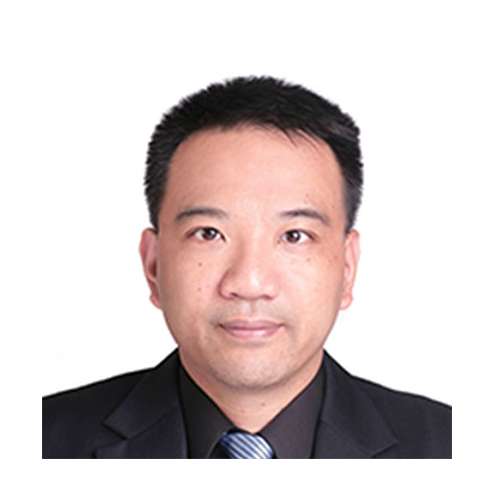 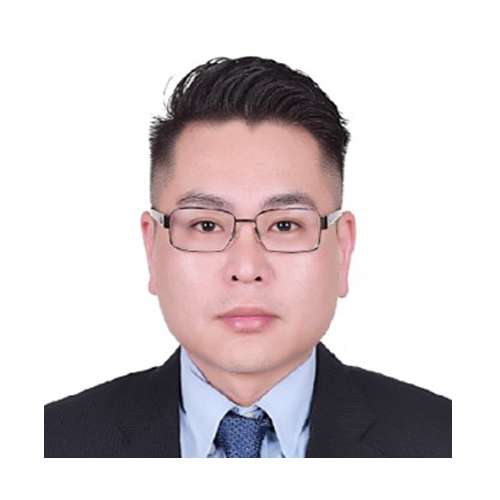 Sid Sung joined Iveda in January 2020. Sung’s expertise spans high-growth verticals such as home automation, security products, energy management, Machine to Machine (M2M), industrial IoT (IIoT), smart cities and broadband access technologies. For more than 25 years, Sung has been leading successful, high-visibility technology projects for telecommunications companies and emerging service providers. He has been an advocate and a leader in the IoT revolution. Sung was President at People Power China from 2017 until joining Iveda and has also been on the board of directors since 2015. Since 2014, Sung has also been board advisor of Twoway Communications, focusing on the development and deployment of IoT, M2M, smart city/community and connected home solutions. Sung cofounded Connected IO in 2013 and served as COO until 2017. The company specializes in M2M applications. Previously, Sung was Vice President at Lite-On Technology from 2012 to 2013, where he managed IoT solutions for connected home and M2M for IIoT. Sung participated in global utility smart grid trial programs with next-generation energy products including multiple RF frequency gateways and sensors, guiding them to successful development and deployment. From 2007 to 2010, Sung was General Manager for SMC Networks. As General Manager, he spearheaded many initiatives in North America’s telecommunications broadband expansion with ACS TR69 deployment. Starting with delivering his first cloud-based solution for Sprint Canada in 2003, Sung continued to succeed in delivering broadband-enabled applications (BBEA) for home security service providers, including 4Home (acquired by Motorola) and uControl (merged with iControl). During his tenure, Sung led revenue growth from $24M to $100M. In 1994, Sung founded a telecommunications equipment design and manufacturing company Alpha Telecom to focus on ISDN CPE solutions. As Chief Executive Officer, he forged partnerships and developed solutions for global telecommunications equipment manufacturing (TEM) companies including Alcatel-Lucent, Nortel and Siemens. Sid earned his B.S. Degree in Atmospheric Science at National Taiwan University and his Master’s Degree in Electrical Engineering at the University of Alabama Huntsville.

Greg Omi joined Iveda as CTO in May 2021 He was an early seed investor in 2006 and served on Iveda’s Board from 2011 to 2016. Greg has decades of experience as a software developer in the Computer Games Industry. He is responsible for shaping Iveda’s technology roadmap, overseeing new technology development including a web-based dashboard to centrally manage information and functionalities for video surveillance systems, AI video search platform, and IoT smart devices. Greg specializes in writing engine and effects code, game objects and tools code, data compression and quantization. He has also written the firmware for a CD drive, RSA and MD5 code. Greg worked for Zynga as software architect from November 2009 to 2019, writing online games in Flash for Facebook (i.e., FarmVille). As a senior engineer, Greg joined the Auto Pilot Team at Tesla in 2019. Greg also worked at Monkey Gods, LLC, a video game developer, designing Facebook applications as a programmer, until Zynga bought the company. From October 2006 to January 2009, Greg worked at Flektor, Inc., focused on Flash 9 / Flex 2 / Action Script 3, C, XML and Ruby programming for a web application, including video and image processing. Flektor was acquired by FOX Interactive Media in 2007 while he was working there. From October 1996 to June 2006, Greg held the position of Senior Programmer with Naughty Dog, a computer game company, which was acquired by Sony Interactive Entertainment. He designed the rendering engines for the award-winning Crash Bandicoot 2, 3 and CTR for PlayStation 1, as well as the Jak and Daxter game series. Greg is credited as co-creator and co-developer of other iconic games including Crash Team Racing, Streetsports Baseball/Basketball, Jak II/3/X and many other published games.

Bob Brilon returned to Iveda in December 2013. Bob is a senior executive with over 30 years of experience as a Chief Financial Officer (CFO) and Chief Executive Officer (CEO) for both private and public companies. Most recently, Bob served as CFO and EVP of Business Development for Brain State Technologies, a leading system for Brainwave Optimization®. During his tenure there, he was successful in raising capital while also providing leadership in financial operations, technology licensing programs, and channel development. Prior to that, Bob held CFO positions for various companies that required his expertise including MD Helicopters and Iveda (2008 to 2010). He was instrumental in Iveda becoming a fully reporting public company and subsequently structuring the transaction that led to the acquisition of MEGAsys, Iveda’s subsidiary in Taiwan. Bob served as the CEO and CFO for InPlay Technologies (NASDAQ:NPLA), formerly Duraswitch (NASDAQ:DSWT) patent holder and global licensor of magnetic switches, from 1998 to 2007. Other positions held include CFO at Gietz Master Builders, Corporate Controller at Rental Service Corp. (NYSE:RRR) and CFO and Vice President of Operations at DataHand Systems, Inc. Bob was also CFO at Go-Video (AMEX:VCR), manufacturer of the first dual-deck VCR. Prior to his career in the corporate world, Bob obtained CPA certification and accumulated four years of audit and tax experience with such “Big Four” CPA firms as McGladrey & Pullen, Ernst & Young, and Deloitte & Touche. Bob oversees the financial well-being of the Company and all aspects of accounting and finance, administration, and human resources functions. He develops and manages banking/vendor relationships, financial reports, budgets, and internal control systems. Bob is also in charge of investor relations and capital strategies to support the company’s growth. Bob received his B.S. Degree in Business Administration from University of Iowa.

VP of Product Design and Engineering

Ing-Hang Shiau has been working very closely with the Iveda management team since the acquisition of Iveda Taiwan (fka MEGAsys) in 2010. Mr. Shiau co-founded Iveda Taiwan in 1991 and has since deployed multi-million dollar safe city projects in Taiwan and neighboring countries. He has 35 years of experience in security systems. With his many years of experience in the industry, Iveda relies on his relationships with contract manufacturers to deliver the best devices at the lowest price for our customers. Prior to Iveda Taiwan, Mr. Shiau spent most of his professional career at Panasonic Taiwan and he is currently a member of the Board of Directors at NTE, a Panasonic agency in Taiwan. Mr. Shiau received his B.S. Degree in Math from Soochow University in Taiwan.

Mo Bakheit joined the Iveda team in 2022 and brings more than three decades of experience starting and running transformational technology companies. Born in Cairo, he spent his formative years living in Egypt, England, and Sudan. Since 2018 Bakheit has been a principal partner and infrastructure lead for MMGI, a security and risk consultancy focused on business intelligence and capture management. The company engaged clients focused on the $1 trillion U.S. Infrastructure Upgrade Fund. Before that, from 2016 to 2018, Bakheit was a managing partner and strategic alliances lead in the US/North America Office of the Middle East and Africa Security Consortium. He focused on next-generation Safe Smart Cities products and solutions. From 2012 to 2016 Bakheit was Middle East and North Africa Region (MENA) regional director for Everis Aerospace and Defense Solutions and Services, interfacing with transportation, military, security agencies, and infrastructure firms and developers. Prior to that, from 2009 to 2011, he was regional director with Proximex/TYCO overseeing the MENA region. There, he oversaw networking platforms for a variety of military and security partners. From 2006 to 2009, He served as Commercial Lead for the first Department of Homeland Security Accredited Safe Smart Cities Reference Architecture and Consortium, an initiative developed to provide defense, security, and sustainability of global Smart Cities. Bakheit, from 2002 to 2006, worked at Alacera, serving as commercial lead and V.P. of Strategic Alliances, Bakheit oversaw the creation of the Alacera International Consortium – Saudi (AICS), a group of defense and intelligence firms. Bakheit earned a B.A. Degree in Communications and Media Studies from The American University in Washington DC and later attended a postgraduate program in International Communications.

Richard Tsay has been working for Iveda since October 2011. Richard heads our product development team in Taiwan and has been instrumental in all Iveda’s product introductions including our cloud-video hosting platform, intelligent search technology, and IoT technology. Richard also manages our deployments with our telco partners. His expertise working with various ODMs has been invaluable to Iveda as we constantly seek new devices enabled for our software. Richard held mid-management positions in companies in Taiwan including Motorola, Danger Inc./Microsoft, RFIC Technology Corp. and Tuntex Telecommunications Co., Ltd. He also held similar positions in companies in California including RFIC Integrated Corp., AROMA Electronics, and RF-Link Technology, Inc. Richard received his B.S. Degree in Electrical Engineering and Master’s Degree in Interdisciplinary Telecommunications from the University of Colorado, Boulder, and his Master’s Degree in Business Administration at International Technology University in San Jose,CA.

Alston Liu joined Iveda in May 2021. Prior to joining Iveda, Alston’s career has been focused on Smart Home and Smart Building IoT Products & Program Management in the Asia-Pacific (APAC) Market. His responsibilities included solutions planning, execution, and deployment. He ensured that Marketing Requirement Documents (MRD) were established and solutions development were in sync with the engineering team.

Alston has managed many IoT & DX Solutions in his career before joining Iveda, including liquid product management on Intermediate Bulk Container (IBC) for agriculture and industrial applications.

Alston received his B.S. Degree and Master’s Degree in Electrical Engineering from the University of Chang Gung, Taiwan and his second Master’s Degree in Executive Marketing Management at Zicklin School of Business, Baruch College, The City University of New York. He also received a certificate for International Business Administration from International Trade Institute (ITI) in Taiwan.